Outstation art from art centres and Ninuku Arts are proud to present a small selection of paintings by Harry Tjutjuna and Angampa Martin.

Angampa Martin was born circa 1940 at Watala, a rock hole  site south/west of Irrunytju. As a child she lived in the bush and later traveled to Ernabella where she was instructed in the art of spinning and weaving rugs.

Angampa is a founding artist of Irrunytju Arts, Western Australia. She has a deep knowledge and authority of Tjukurpa and uses this to paint Pukara - the Wati Kutjara Wanampi Story: Two Water Snake Men Dreaming.

In 2010, Angampa Martin had a stroke. Over the course of her recovery, Angampa has re-connected with painting through an art therapy program held in Pipalyatjara Women's Centre and facilitated by Ninuku Arts.

Harry Tjutjuna was born in the bush circa 1930 at a place known as Walytjatjara. This place is north-east of Pipalyatjara community, where he resides today. Harry is one of the most senior Law men of the area; few of his generation are still alive. He is also a revered artist and Ngangkari (traditional healer).

Harry became a full-time artist in 2005 at Ernabella Arts before moving permanently to Pipalyatjara in 2008, where he has continued painting at Ninuku Arts Centre. Harry’s knowledge of Tjukurpa associated with the land surrounding Pipalyatjara is extensive and, due to his seniority, is unmatched by most others. He paints a range of stories including Wati Wanka (Spider Man); Wati Nyiru, the man who chases seven sisters around and eventually marries one; and Kungka Tjuta - young girls telling stories traditional way by drawing designs in the sand (milpatjunanyi). 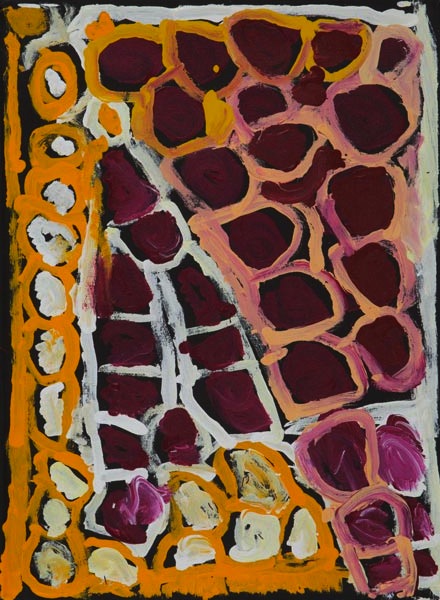 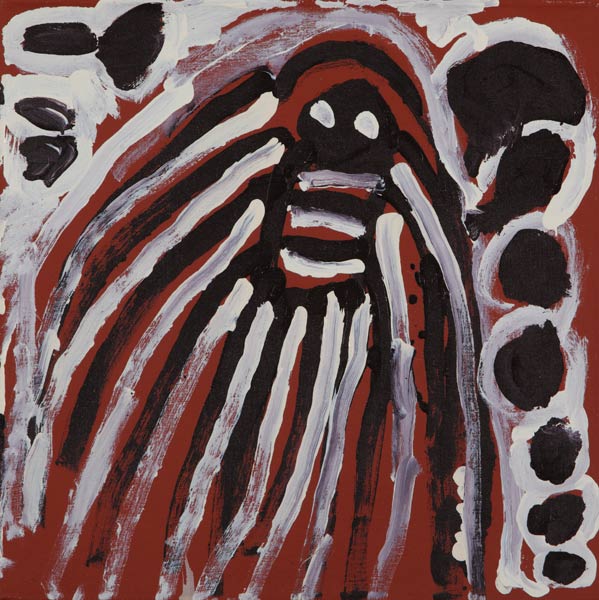 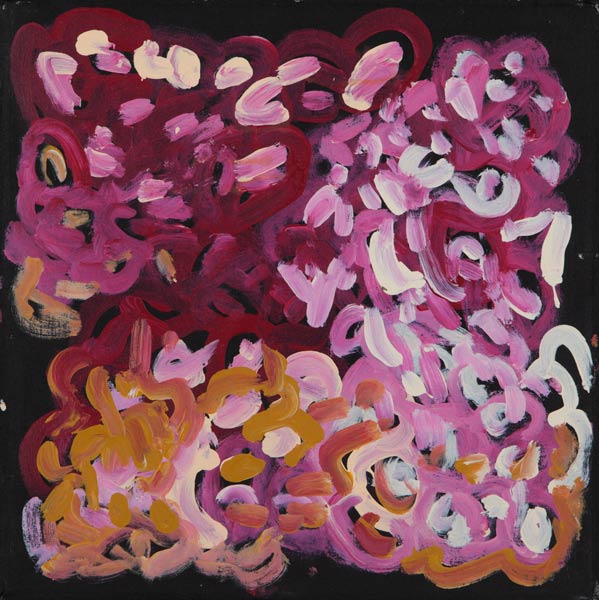