SUPPORTING THE WORK OF EMERGING ARTISTS is the core of our annual Rising Stars exhibition, some of whom were represented in the Salon des Refuses 2018. This year we are pleased to present new work by artists from the Tiwi Islands, APY Lands and Arnhem Land.

MICHELLE LEWIS began painting in 2017 and has already developed an individual style based around her father's country at Makiri, east of Ernabella that is tjala tjukurpa (honey ant dreaming).

When Michelle created her work, ngayuku mamku ngura ini Makiri (my father's country, a place called Makiri), she was thinking of Makiri and how the tjala (honeyants) tunnel though the sandy soil. She also pondered the waterholes, the assemblages of trees and shrubs and the country that is “quiet” (empty).
Michelle's father is Adrian Intjalki, a master punu (wood) maker and her mother Atipalku Intjalki is a senior painter in the Ernabella painting studio; sisters Langaliki and Lyntte Lewis are also accomplished artists. This artistic lineage is evident in the confidence Michelle has shown in her work and in the application of paint.

Also featuring in this year’s Rising Stars are the stunning larrkitj by Yimula Munuŋgurr from Buku-Larrnggay Mulka in East Arnhem Land.

The cross hatching grid pattern is the sacred design for the freshwaters of the Djapu clan at their homeland Wandawuy, now an outstation about 150 kilometres south of Yirrkala and inland from Blue Mud Bay.
The grid refers to the landscape of Wandawuy - a network of billabongs surrounded by ridges and high banks. On one level, its structure is also a reference to woven fish traps. Ancestral Hunters set a trap here to snare Mäna the Ancestral Shark, to no avail. The powers and physical strength of the Shark overcome the efforts of mere mortals. Mäna’s ire and thrashing tail smash the trap and muddy the water.

They witness however the strength of Mäna and sing his actions, the thrashing of his tail and the muddying or contamination of the water. The black lines refer to the trap and the coloured verticals refer to the differing states of the freshwater - the source of Djapu soul. 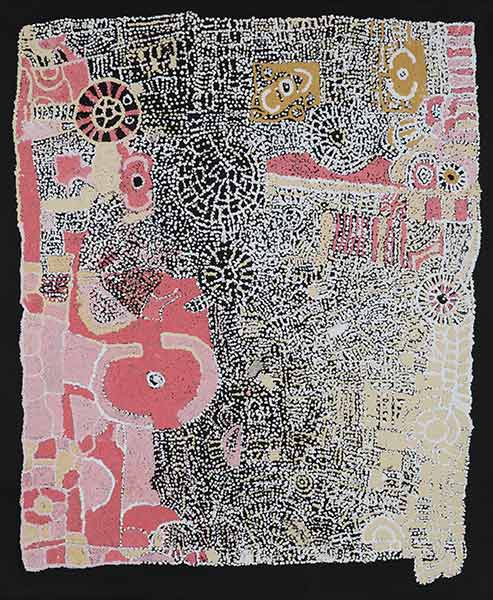 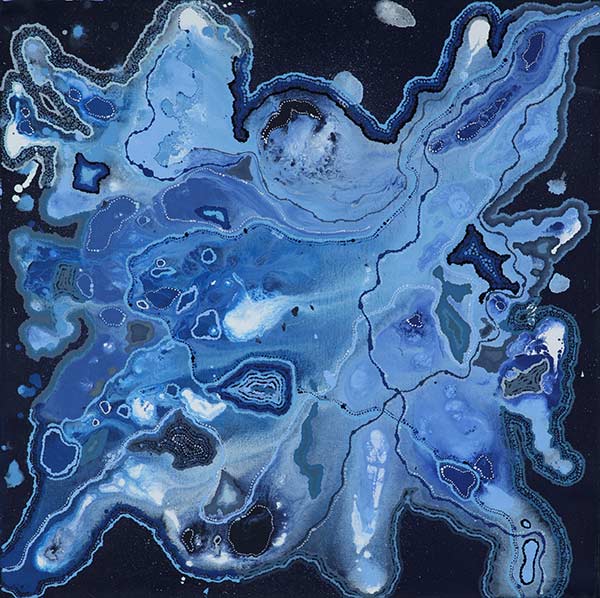 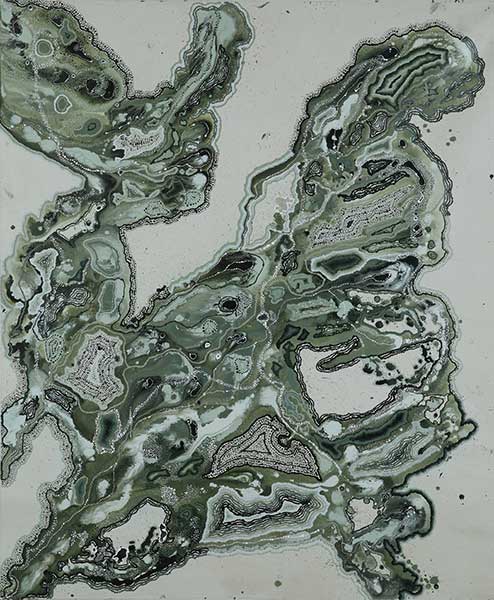 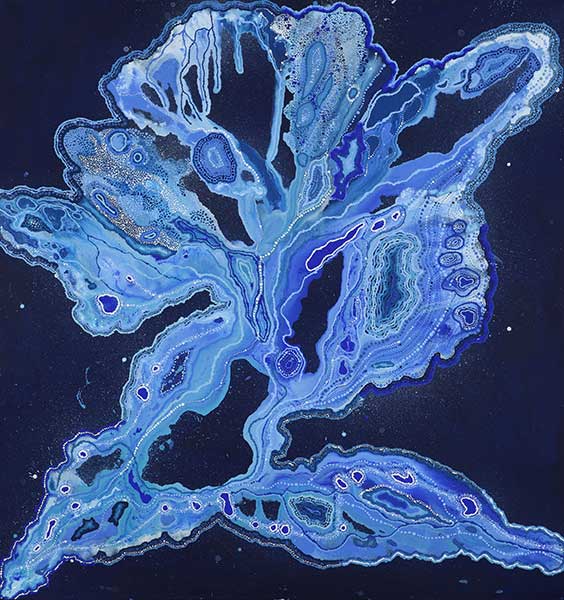 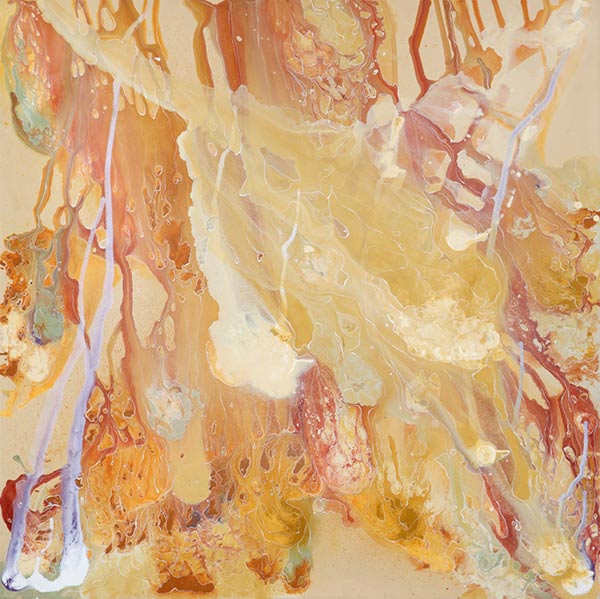 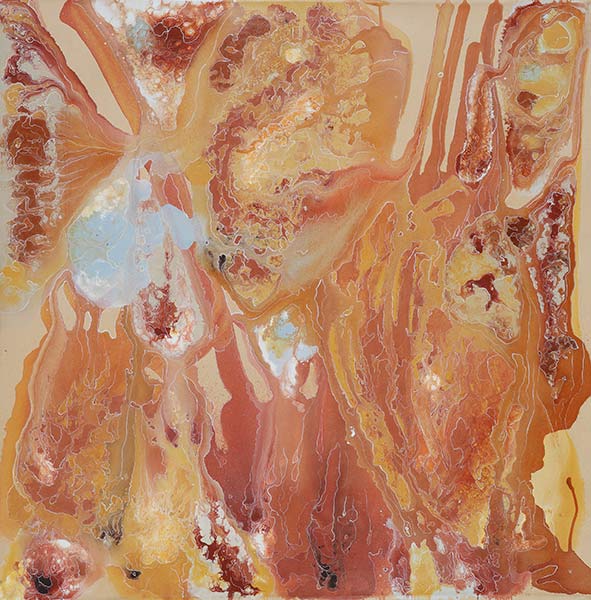 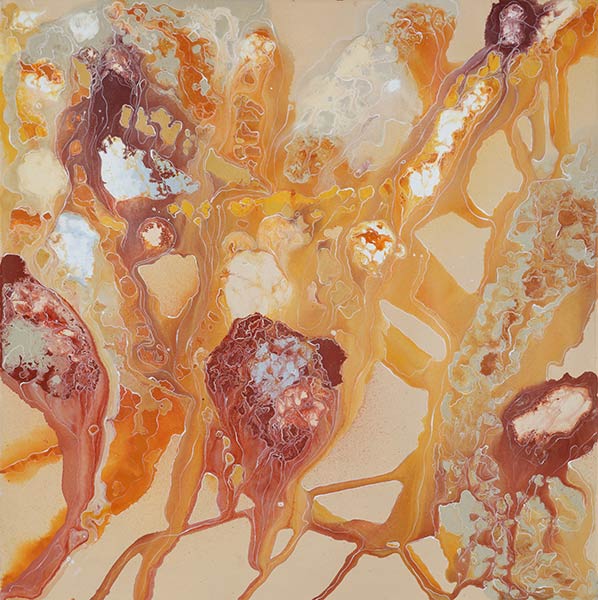 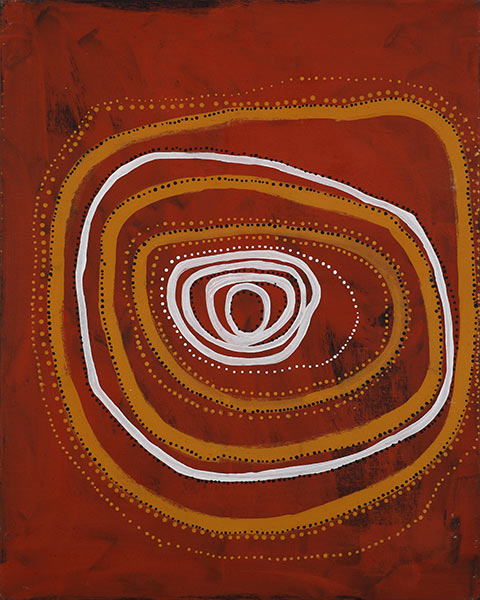