NESTLED UNDER the Rawlinson Ranges in the Gibson Desert, lies the Warakurna township in the Ngaanyatjarra Lands of Western Australia. Ngayuku Ngura (My Home) presents the work of three artists as they see and remember their home country.

Multidisciplinary artist Cynthia Burke works across a range of media such as making puni and tjanpi in addition to her painting practice. Her landscapes are opalescent in their topographical portrayal of country. Deep colours contrast with brighter areas, created by patterning as much as by the colour itself, adding movement and a shimmer to the work.
The country around her home of Warakurna is the source of her wet and dry season images.

NEVILLE McARTHUR paints a strong and sacred Tjukurrpa from his homeland country, Wilpina (Lake Baker). Born on country south of Warburton he is a Spinifex man and has enjoyed a long career as a Western Desert painter. Also well known for his skillful carving of mens weaponry, Neville has worked with the Spinifex Arts Project, Warburton Art Project and Kayili Artists; he has been working with Warakurna Artists since residing at Wanarn in 2010.
Using a very loose, painterly style, his work varies from bold linear strokes to fleshy dabs and smears of colour.

"Tika Tika were made by Ngirntaka the perenti goanna ancestor who travelled from the west to Warburton. He was digging around hunting for tingka (sand goanna) for food. He found two tingka to eat. He stopped one night and kept going in the morning."

THE DESERT ROCKHOLES of the Patjarr region are the source of inspiration for Nola Campbell. As a young girl, she spent time with her aunts and uncles walking between rockholes – learning about the bush, hunting and using a wooden Kilpi to carry water. The rockholes are places of significance – abundant in birdlife, rich in story and places for cultural activities.
The Mina Mina waterhole is close to the Patjarr community and the Tika Tika series of eight rockholes are further south. 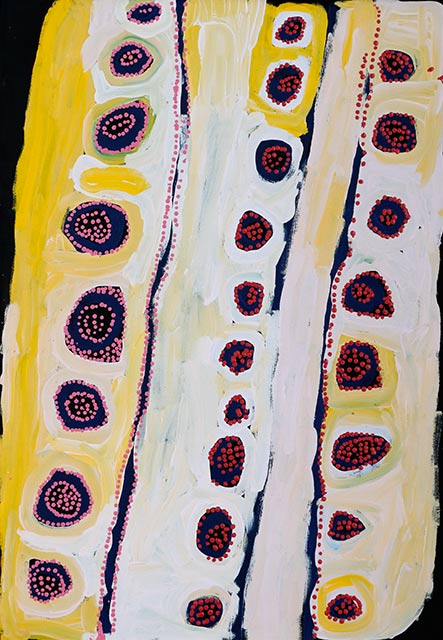 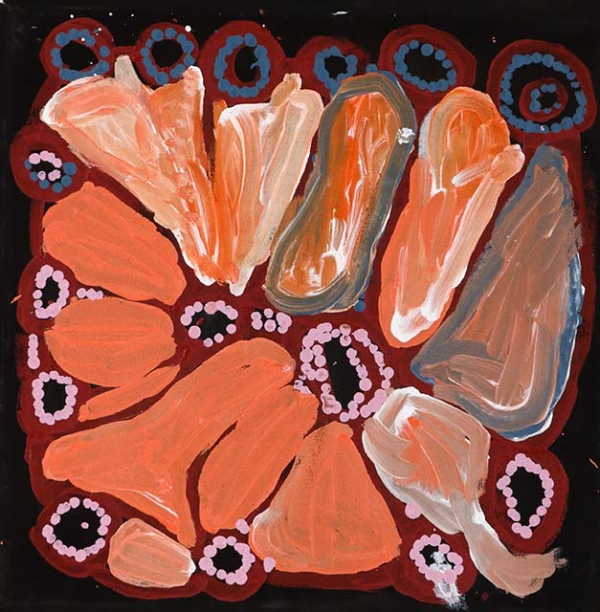 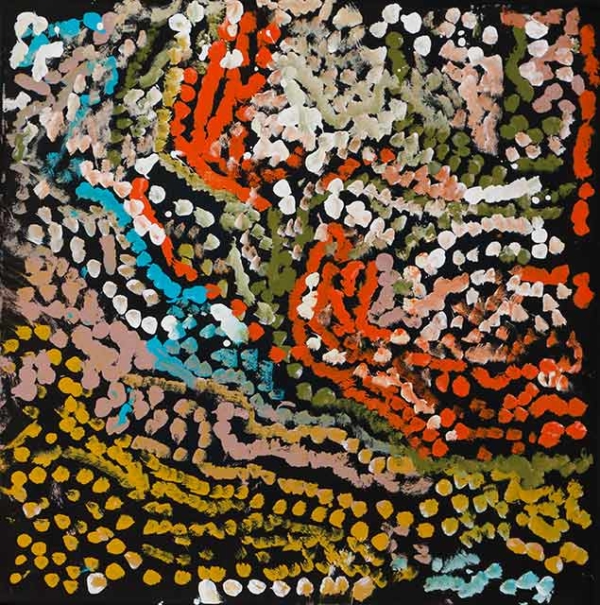 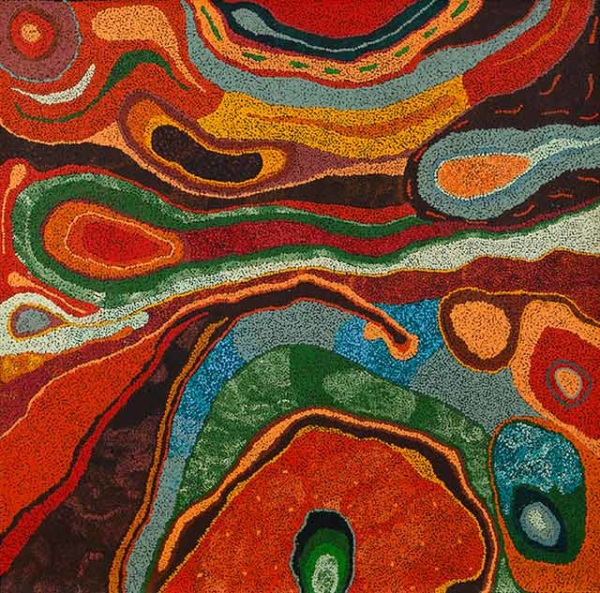