Spinifex – a dry and scratchy word that evokes a wide barren landscape of windswept tumbleweed and dust. It may be one of the most inaccessible places on this arid continent, but Spinifex country is rich, diverse and resourceful. Much like it’s inhabitants, people of the sun and shadow.

The Spinifex Arts Project began in the late 1990s with a series of community art projects and came into the spotlight as part of their Native Title claim, determined in November 2000. Last year the Project celebrated its 15-year anniversary; in that time the artists have enjoyed national and international recognition. The work has matured and the artists have refined their practice, but the subjects and the stories remain the same and never fail to ignite a positive response.

Situated in the south-eastern pocket towards the West and South Australian borders, the lands belonging to the Spinifex people are remote and isolated which has served their culture well.

Spinifex arts practice has been untainted by a history of ethnography or tourist market art. However painting “country” is not always so simple for a traditional artist; much of the Tjukurrpa  must remain in the sacred realm and not be revealed even to an uninitiated eye. In this way Spinifex artists, like their counterparts in other communities, have created a system of story telling that identifies country within the confines of their Law. Their work has emerged from tradition but evolved in a contemporary context that results in a highly resolved and balanced composition. 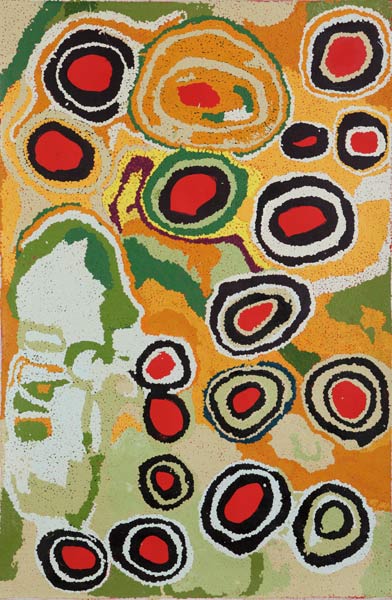 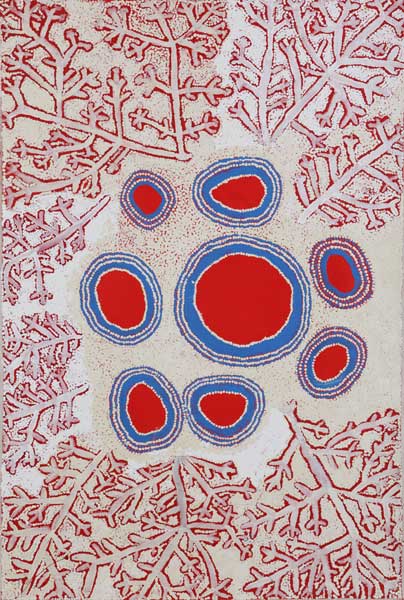 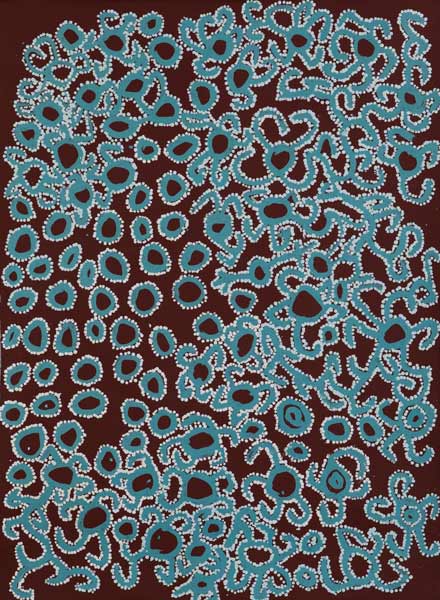 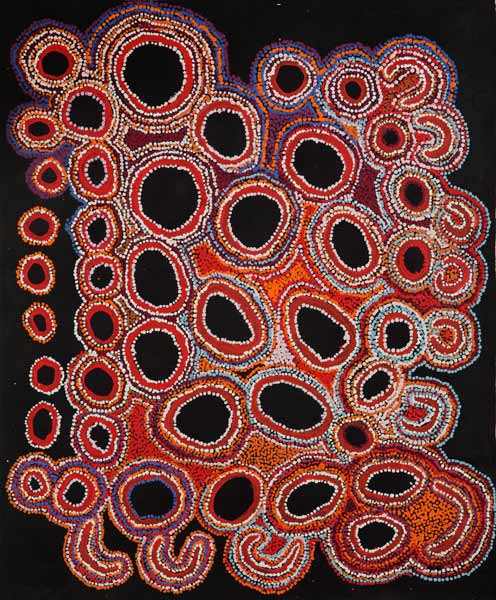